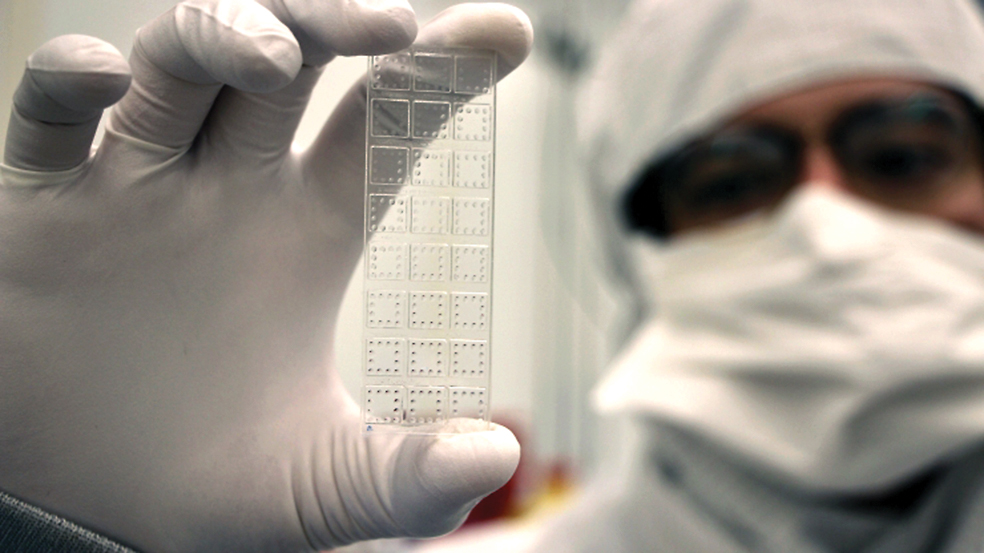 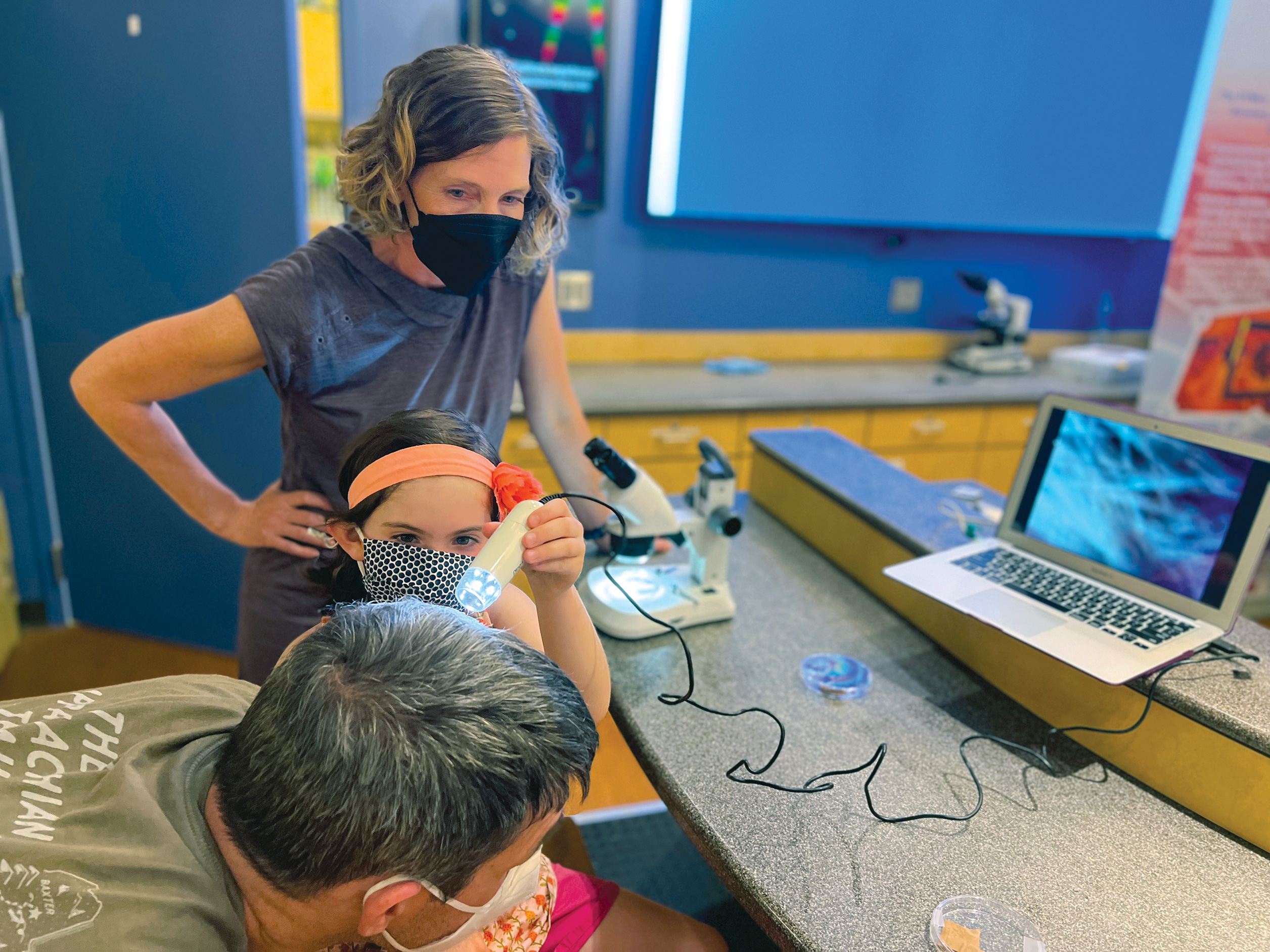 It was Saturday morning, and a young patron of Durham’s Museum of Life and Science patiently waited for her turn to see what an M&M candy looked like through a scanning electron microscope, or SEM. In grayscale, appearing at 10,000 times its actual size, the candy’s crunchy shell resembled a craggy mountain range. The little girl seemed perplexed. What had happened to the candy’s bright colors?

The 50-pound SEM had traveled to the museum from its Duke University home in SMIF, the Shared Materials Instrumentation Facility. SMIF, along with similar facilities at UNC-CH and NCSU, comprise the Research Triangle Nanotechnology Network, or RTNN. The National Science Foundation supports 16 such hubs, advancing nanoscience and engagement across the country.

Color being a property of light, it’s not present in images created by the electron beams of SEMs. “Optical microscopes are a better way for the youngest kids to think about the concept of ‘small,’” advised SMIF research and development engineer Holly Leddy, who steered the girl away from the SEM and to a microscope with a handheld imager. The sample here was an iridescent butterfly wing. Under the microscope’s lens, the wing’s smooth-looking surface was shown to be comprised of thousands of wildly colorful scales. Soon the girl was examining everything within reach: her watch band, the fabric of her shirt, her dad’s whiskers.

“In our outreach programs, we start with optical microscopes like these, then introduce SEMs. In high school we even demonstrate transmission electron microscopes, or TEMs, which use beams of electrons to visualize the very smallest samples—like proteins or even atoms,” said Leddy.

Observation sparks interest and inquiry—why is a butterfly wing structured the way it is? Why is a cell? And when kids begin asking these questions, it’s a win for Leddy, for SMIF and for the burgeoning tech industry in North Carolina’s Research Triangle. In April of 2022 The Wall Street Journal ranked Durham’s next-door neighbor, Raleigh, as one of the top five cities in the U.S. in terms of its job market. All five of the top cities named were home to research universities and high-tech employers—the Research Triangle has a wealth of both.

RTNN’s outreach program helps establish a talent pipeline that the area needs by offering early opportunities for exploration. Besides events like the one at the museum, Leddy organizes tours of SMIF for Durham public school classes and for local Girl Scout troops. Students can check out both parts of SMIF—the cleanroom where fabrication happens as well as the characterization spaces—and check out the myriad equipment in use, from dicing saws and 3D printers to the monolithic Cryo TEM, which can image flash-frozen biological samples like proteins, whose structures can then be constructed in 3D at high resolution.

The students try on clean suits and examine samples of material they’ve brought from home. They do photonics experiments with lasers and Jell-O. Most importantly, they meet researchers and students who work in the facility and can begin to imagine themselves among them.

The Shared Materials Instrumentation Facility draws researchers from across the School of Engineering, the larger university, and the region. Doug Boyer, a professor of Evolutionary Biology at Duke, frequently uses the facility’s CT scanner and research engineers to obtain extremely accurate replicas of bones or fossils from samples of modern primate like this Callimico goeldii in order to better understand extinct species. The scans are all posted on Morpho-Source, a Duke founded and Duke-hosted online repository for scan data that allows researchers around the world to access the samples. 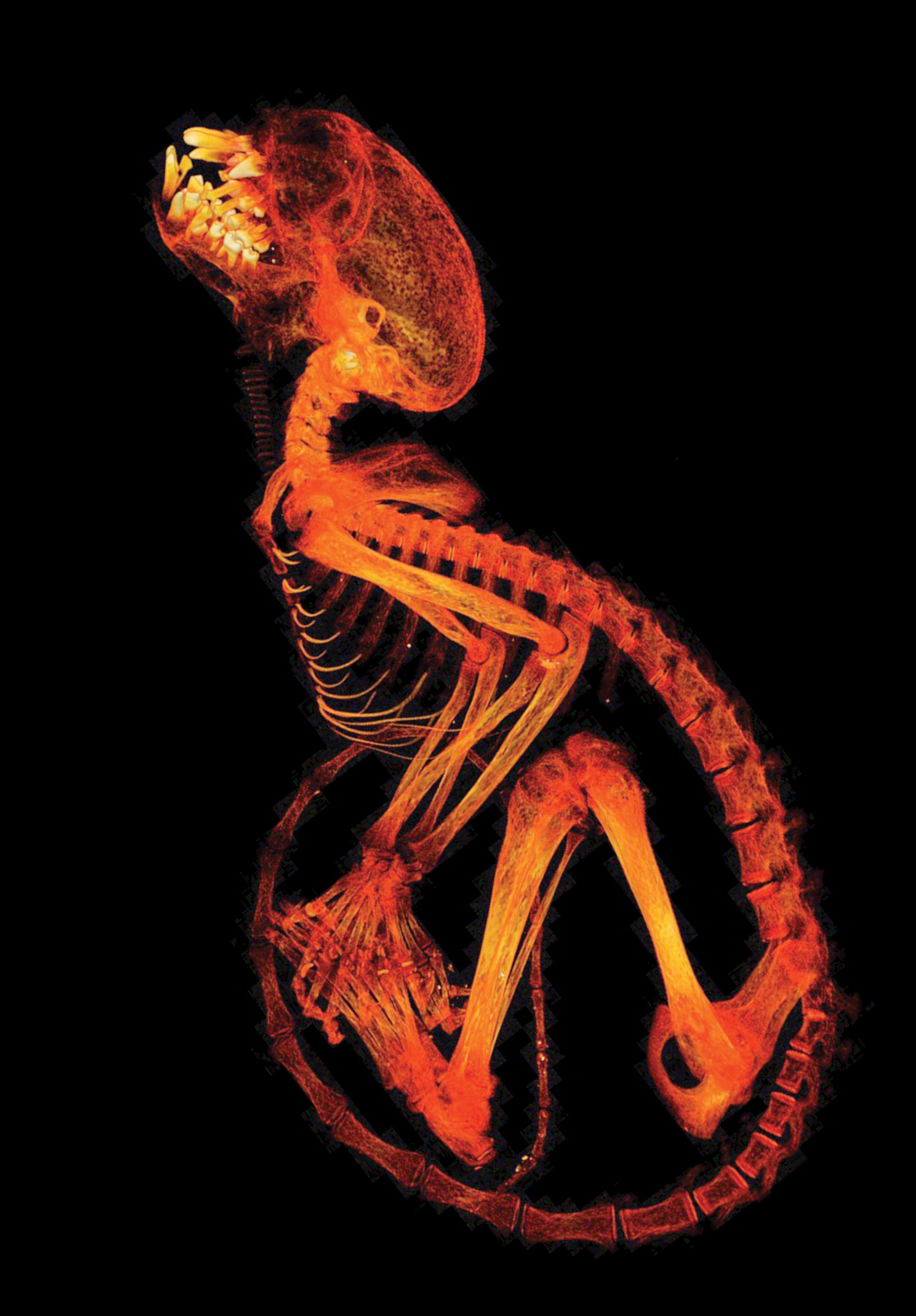 Empowering Students to Find Their Place in Research

Outreach is only one facet of the facility’s mission, though. The lion’s share of the staff’s time is spent assisting and cultivating its community of users, which is composed of Duke students and faculty as well as partners from industry and other local universities.

Leddy estimates that of the SMIF users she trains, around a third are undergraduate students who take advantage of the SMIF Undergraduate User Program, which is funded by the LORD Foundation and pays a student’s user fees for one year. Through this program, the students conduct research for faculty members in the Duke Schools of Engineering, Arts & Sciences and Medicine.

But a large contingent of users are graduate students, many of whom didn’t have access to resources like SMIF during their own undergraduate experiences.

Callie Woods is a product development engineer at Wolfspeed, working with next-generation silicon carbide—a wide bandgap semiconductor that enables lightning-fast switching for high-power applications like electric vehicles. Woods completed her PhD in Jokerst’s lab at Duke, designing custom silicon diode arrays. When placed against skin, her device sends light scattering diffusely through the tissue, and measuring the light that bounces back reveals information about the density of different regions of the skin. That can indicate tissue abnormalities like cancer.

Woods’s work demanded extensive fabrication time. But when she first arrived at SMIF to start her research and development, she was admittedly green.

“I had never seen an SEM before,” said Woods. “I had never worked in a cleanroom. I had done photolithography, but that was highly guided. I was really coming in blind.”

A year and a half later, she could walk into the facility with confidence. “I didn’t always know how things were going to turn out, but I knew I could use the equipment appropriately without causing any problems,” she said.

Half of her confidence came from knowing that she could rely on the extensive technical experience of the staff, citing one particularly vexing difficulty that SMIF research engineer Talmage Tyler helped her solve: getting clean contacts on her device. “There are two ways you can deposit a metal: by evaporation or by sputter,” explained Woods. “The process I was using was evaporative, but we were having trouble getting the contacts as clean and precise as we needed them to be in order to have a good electrical connection. Tal was able to guide me through changing the process slightly to become a sputter process, which resulted in a much better contact.”

Woods was more of the rule than the exception, said Mark Walters, SMIF’s director. “Most graduate students have never done fabrication in a clean room, but our staff have 10 to 20 years’ experience fabricating devices,” he said. “We can point out the pitfalls they should expect and propose alternate routes. Our staff has a service-oriented mode of operation, and I think that is what sets us apart.”

The other half of the confidence Woods gained came from the feeling of being part of a community. “By the end of my time at Duke, I knew the cleanroom,” said Woods. “I knew what I was doing. And if I wasn’t sure, I was comfortable asking someone. It felt like a place I was supposed to be.”

Her former lab mate Aditi Dighe, now a process engineer at Intel, agrees. “I don’t think I could have gotten the PhD without the SMIF staff,” she said. Dighe worked on lab-on-a-chip applications at Duke and patented a fluorescence detector that made the devices simpler and cheaper. “Whether it was helping me solve issues related to my project or just being there to lift my spirits in the gloomy period between a failed experiment and troubleshooting, the staff was always there for me.”

The training Dighe got at SMIF, she said, helped her understand how process development work starts in a lab, and what is needed to translate it to an industry environment. In the corridors of the facility, she sometimes sparked conversations with users from outside Duke—people launching startups or researchers needing sample analysis—and those interactions reassured her of how transferable her skills would be post-graduation. “It helped me better appreciate the field of semiconductors and the opportunities there,” she said. 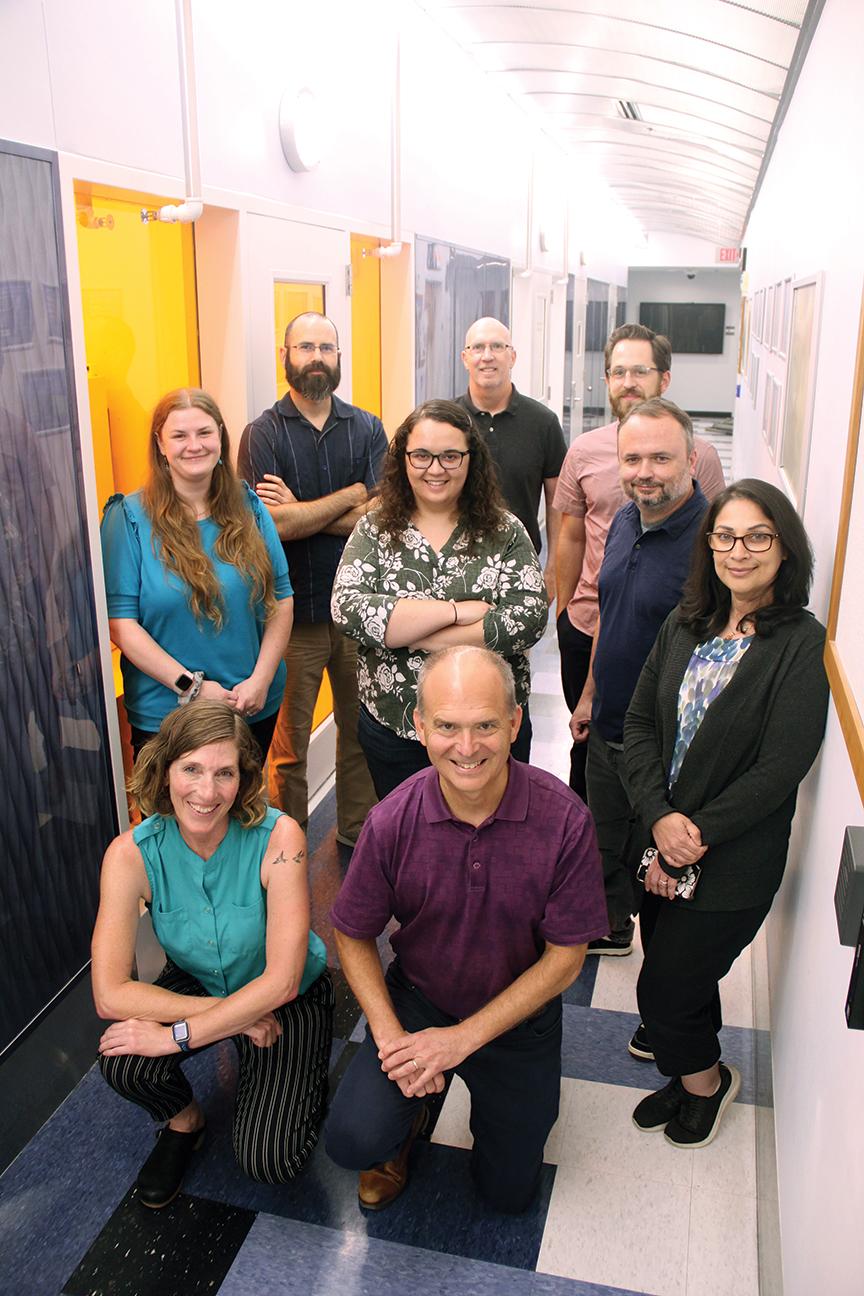 The SMIF team, starting from back, left to right:

Those kinds of interactions don’t happen purely by chance, said SMIF executive director and ECE faculty member Nan Jokerst. Effectively sharing capabilities and capacity is accomplished in part through the physical design of the building, but also through SMIF’s collaborative culture—a culture that extends to every member of the user community, including the university’s faculty. “Sometimes at other universities, people might use shared equipment but then return to their own labs to carry out experiments,” she said. “SMIF is an extension of our faculty members’ labs, and an important place to share knowledge and build collaborations.”

Electrical and computer engineering professor Maiken Mikkelsen, for example, develops new kinds of photodetectors and the plasmonic metasurfaces that enable them, and her lab uses SMIF’s deposition, imaging and characterization equipment in almost every aspect of its work.

Together with a faculty member in the School of Medicine, Mikkelsen and Chilkoti have teamed up to create small biosensors for cardiac biomarkers, with funding from the National Institutes of Health. Tests like the D4 assay rely on fluorescent tags to indicate the presence of disease biomarkers but seeing the faint light of a barely positive test requires expensive and bulky equipment. Plasmonics can enhance the brightness of fluorescent molecules tens of thousands of times over, which could make the tests much cheaper and simpler to use.

“Enabling and fostering collaboration is a key aim in SMIF,” said Jokerst. “Giving users common tools and technical language around tool capabilities enables users from vastly different fields to talk to one another in a common language. That’s one of the core strengths of a shared facility.”

SMIF’s track record of successful collaboration has proven attractive in hiring talented new ECE faculty—most recently, Tania Roy, whose appointment at Duke begins in January 2023 and whose research focuses on developing computing technologies inspired by human biology. She has a particular interest in human eyes, for their unparalleled ability to transmit impulses to the brain and enabling the efficient identification and pattern recognition that machine learning seeks to emulate.

Equipping engineers like Roy is made a bit easier by SMIF’s pooled resources, according to Jokerst. “They don’t have to ask for some of the expensive equipment they need for their lab, because that piece of equipment is probably already in SMIF. If they do need to ask for something that is special and expensive that we don’t already have, the request is likely to be granted if the tool is placed in SMIF because it will become a tool for the entire community,” she said. “And by bundling resources, using matching funds and engaging other interested faculty, we can purchase a piece of equipment that’s a bit better, too.”

Duke’s School of Medicine, for instance, has invested heavily in shared equipment that many of their researchers frequently use. That partnership, which frequently brings some of the world’s top medical researchers to SMIF, also appeals to Roy.

“SMIF has all the state-of-the-art lithography and deposition tools that I’m looking for, and I plan to use them extensively,” said Roy. “It’s also going to be very helpful to work alongside top-notch faculty in the Departments of Medicine and Biology at Duke—people who are unraveling the mysteries of the brain, for example. If they can feed their discoveries back to us so that we can mimic those biological structures in new semiconductor devices, that would be the ultimate collaboration.” 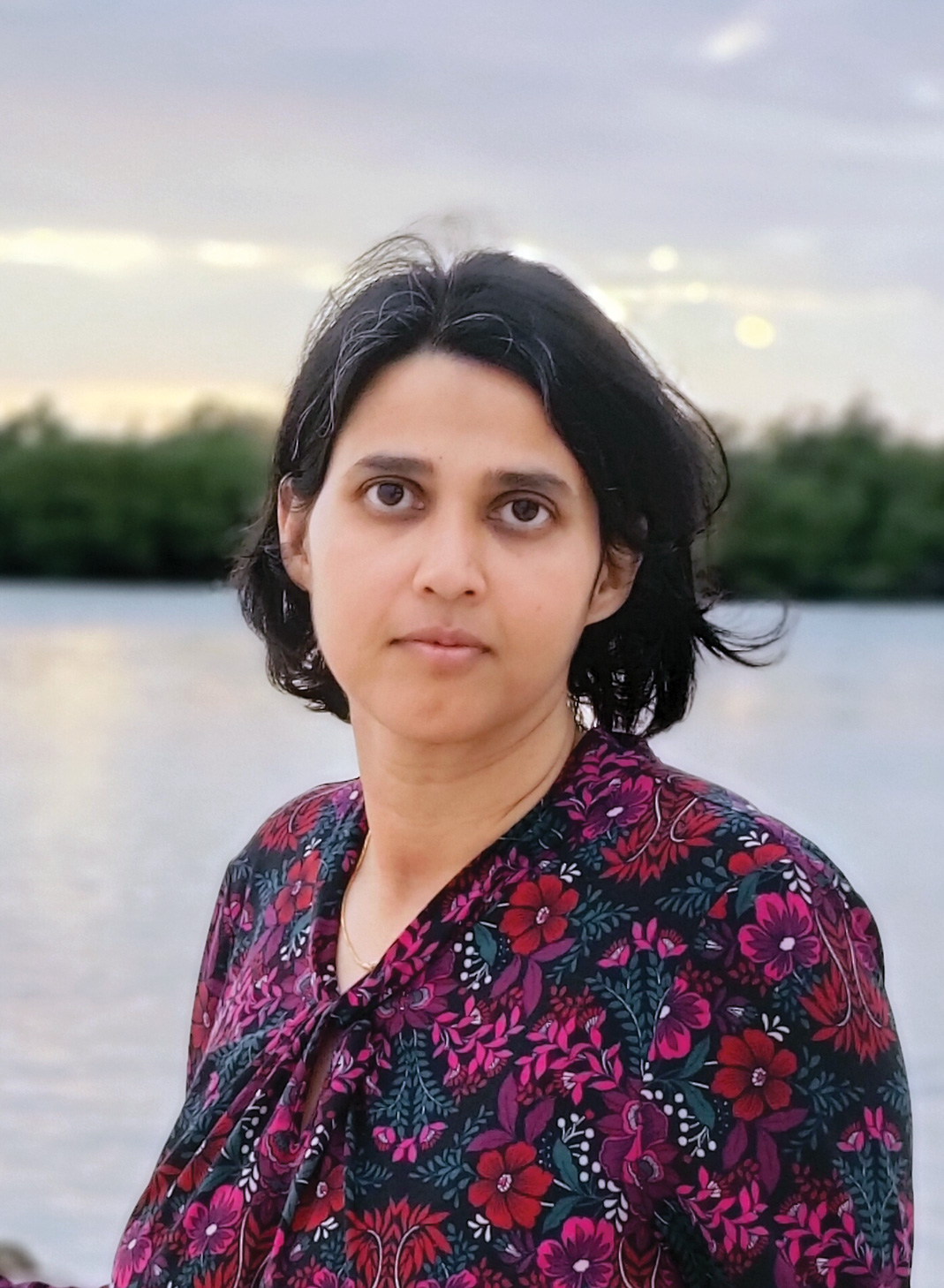 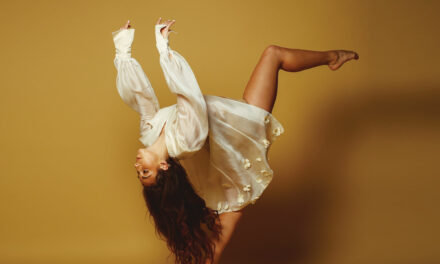 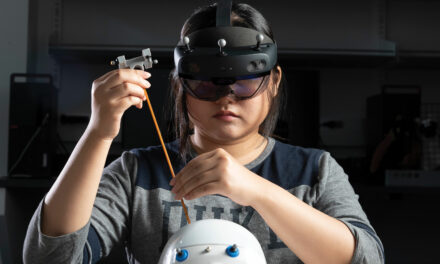 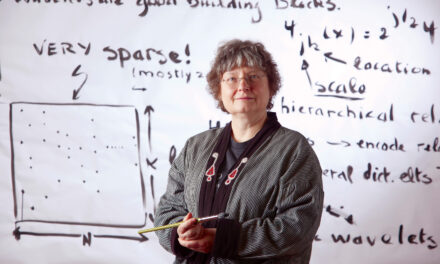